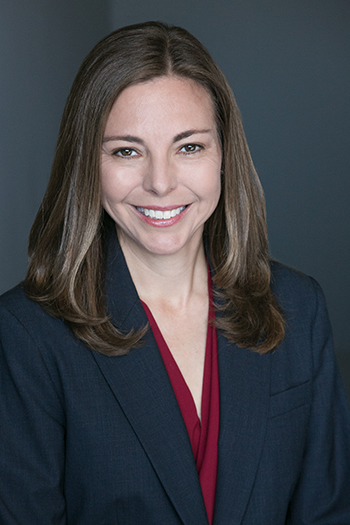 Sarah Van Voorhis is a founding partner of Van Voorhis & Sosna LLP. She was certified as a specialist in Family Law by the State Bar of California Board of Legal Specialization. Ms. Van Voorhis has been exclusively practicing family law in California (San Francisco Bay Area) since 2001.

Ms. Van Voorhis received her J.D. from Stanford Law School and her B.A. from the University of Utah, where she graduated Phi Beta Kappa. While in law school, she served as an intern with the U.S. Attorney and the San Jose District Attorney.

Ms. Van Voorhis acquired her formidable divorce and family law litigation experience at well-known and respected Bay Area family law firms. She has been recognized by Super Lawyers magazine after a confidential balloting process by members of the Bar every year since 2009. Most recently, in 2015 and 2016 Super Lawyers named her to their list of Top 100 Attorneys in Northern California. For the past four years (2013-2016), Super Lawyers recognized her by including her on their list of Top 50 Women: Northern California Super Lawyers. Additionally, for the previous five years (2011-2016), Ms. Van Voorhis was named to their Super Lawyers list. Finally, her recognition from Super Lawyers magazine began in 2009 and 2010 when she was named a family law Rising Star. In 2014, Ms. Van Voorhis was appointed by the State Bar of California to the Family Law Advisory Commission. Her experience gained her inclusion on the San Francisco Superior Court’s Settlement Master panel, where she serves as family law settlement master (settlement judge). She was chairperson of the family law section of the San Francisco Bar Association’s Barristers Club in 2008 and served as vice-chair of the family law section in 2007. She currently serves as a Board Member of the Stanford Club of San Francisco.

Ms. Van Voorhis’ family law practice focuses on complex marital and domestic partner/same-sex dissolutions (including property allocation and division), child custody, parentage, child and spousal support, and the legal aspects of move-away in child custody cases. She has successfully represented clients in move-away cases at the trial level. She regularly serves as the reviewing/consulting attorney for clients who are resolving disagreements through mediation. She is a member of the family law section of the State Bar of California, a member of the family law section of the American Bar Association, an active member of the San Francisco Bar Association and an active member of Bay Area Lawyers for Individual Freedom (BALIF).

Originally from Park City, Utah, Ms. Van Voorhis is an avid outdoor enthusiast. She enjoys backpacking throughout the western United States and skiing during the winter months.